Get fresh music recommendations delivered to your inbox every Friday.
We've updated our Terms of Use. You can review the changes here.

from Majestic Walrus by Burnt 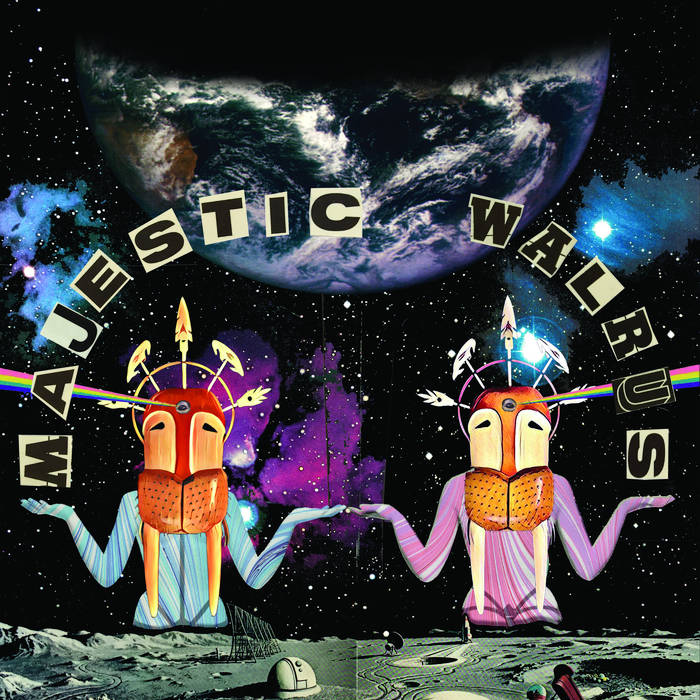 in the news they are claiming they say they know what they saying they got the facts and they start blaming see the way they are framing: it’s us and them
ours and theirs
the sane and the crazy
the propaganda pumping in so that the truth starts getting hazy
politicians makes faces
turn up the fear to win races
i see they playing their part
in the palace insulated
now they pushing up war like it’s the only solution
everybody knows that war it was the start of this confusion

open up the mind’s eye to see a new proposition: a world that doesn’t include a single dominant human
each and every living soul in a respected position and the happyness of all is guiding every decision
when the health of the earth is never ever a question
every action the result of a meditated intention
the walls of the world they come a-tumblin’ down and in their place a peaceful people dancing feet on the ground

BURNT music is a psychedelic and soulful blend of reggae, ska, punk and hip-hop sounds. Inspired by DIY artist subculture, this California based band has independently produced 10 albums of original music. Originally formed in 2003, BURNT continues to tour extensively on the west coast of the U.S. and Canada. ... more